This is probably the most important post I will get to make on our experience running a larp game. 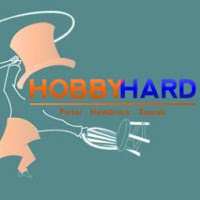 Sam Porter and Dylan Heimbrock, along with their friend Adrien, from podcast Hobby Hard came to our game to experience larp for the first time, and then discussed it in depth. They are sometimes painfully honest, and it was hard for me to listen to, but sometimes that's what you need.


Right off the bat, I apparently really offended them with the term "noob". In the world I live in, the word "noob" is common and I've come to think of it as neutral. But I see now it was rude and I need to cut that out.


Let me say, without trying to dodge blame for anything, these guys were way way outside my cultural world. Aside from the "noob" thing, they didn't understand vernacular that I've come to expect to be common language to any gamer. D&D was an unknown to these guys. Renfaire was outside their experience. They new video games, but I don't really know enough to make that a common basis to work from. The terms "PC" and "NPC" were foreign. Other common words I used in way of explaining the game caused me to stop and ask our guests if they understood. Then it was backtracking to cover common ideas. That was really strange. Goose step? Mage?


Moving on. I decided, since I knew these folks were here for a one-time experience, I would give them an easy role as wandering monsters, getting them into combat and not bore them with the character building process. Not letting them in on character creation robbed them of that experience and as they explain, I could have created a much more fulfilling game for them.


Instead, I assigned them monster NPC roles and made notecards with what I hoped the'd need to know to jump into killing people. Apparently I wrote too damn much for some, and didn't give nearly enough hands on explanation of how fighting works. This was my second big mistake, and I think I just felt stretched across too many jobs. I didn't feel like I had time to do this, and support my normal players. Now I don't even know if I just stressed myself out.


Secondly as NPCs they just stayed in one area and waited for PCs, which was really boring. PCs avoided them, or failed to respond to their powers. I really needed to be there and referee because no one knew what I assumed what at least the experienced players knew.

Just writing this, I'm just kicking myself all over again.

When I went over to check on the interaction, too late to fix much, I suggested they move back toward "town" to kill anyone, but it just didn't happen. On the up side, they seemed to have a good time when they did get to fight with swords, "ditching" or practice fighting, or amuse themselves at our expense. Just everyone, I wish I'd focused completely on these guy's experience and let the regular players be damned.

In the end I did really enjoy having these guys out, and I hope they give us another chance at some time. I know this was far out of their comfort zone, and I'm glad they gave us their afternoon, with minds open enough to try out something bizarre. They are always welcome.
Posted by Unknown at 3:29 PM