A Market without Money? How do you even do that?

I've written regularly about writing our game, Mystic Crossroads, and running playtests with varying
success. I have not, however, shared much of the actual game as I write and develop it. Since I really need to focus more on writing for the game and new books, I'm going to start sharing bits here. I hope you find it interesting.
Last game I recognized a real problem with the Alfar, the elvish race that by their nature do not use any type of human currency. Without currency players really didn't know how to trade, or didn't have things others wanted. I didn't think this would be as big a problem as it was, and it caused the economy to halt just where plot needed it to flow. I can't say more while these plot lines are still active, but it was frustrating. I saw I needed to get something into place to direct players better. I just passed this to my players in hopes that new actions will follow.

"Although the Alfar do not find value in the coin of other kingdoms, that does not imply that they don't have commerce. The Alfar have thriving marketplaces and bazaars where the strangest and most unusual things are traded. The manner of these exchanges are seldom understood by man, in part because they don't understand the magical nature of Alfar boons. None the less, humans can find themselves trapped in an Alfar debt that can cost them dearly.
You must understand that Alfar business is conducted both through bartering, trading one good or service for another, and through a system of "gifts", favors, or boons. Direct bartering is much preferred for its lack of entanglements; a simple business exchange. What Alfar find value in can be mysterious, and sometimes grizzly, but the trade can be clear enough. 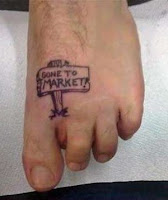 Often direct trade is not of convenience, or an agreeable exchange can not be found. Often an Alfar will instead offer a gift. "Take this as a gift, freely given," is a common phrase, imitating human manners, but filled with subtext. This is not a gift, however. It is an exchange for a favor, a boon, owed to the giver that they may call upon as they require. This completes the human imitation of manners, a Alfar parody, but one taken with all seriousness.
When a boon is accepted, the giver should make a note of the gifted item on an index card as reminder, and have the receiver sign it showing their acceptance. The giver will keep the card as a reminder, and if lost, it is forgot. This is not a component card, and can not be stolen or exchanged like commodities.
Such a boon is nothing to be taken lightly. Part of the Alfar's magical world, a piece they apparently carry with them, enforces such boons like a court of law never could. You see, so long as one owes a boon to another, they may not take direct action to do them harm. An attempt to attack the debtor will cause the attacker to be shoved to the ground without touching the target, or if setting snares, or applying poison, the attacker will blunder his own work, unable to control himself. He may still defend himself, but at what a terrible disadvantage!
Further, when the boon is called in, it cannot be refused. So long as the request does not put the person in mortal peril it must be fulfilled. When a boon is repaid the index card documenting the boon is torn in half and given to the boon-bound.
Such things are well known the the Alfar, and taken as common knowledge. In the Alfar court "gifts" are given and received regularly. It would be impolite not to accept such a gift, and earn the giver's anger, so it must be accepted. Therefore nobles attending court make certain to have gifts to exchange, so as to keep their debts at a minimum. However, when outside of Alfar court, refusing a gift is somewhat less a social faux-pas, and is only likely to displease the giver.
Boons can not be owed both by one person over another, and the other over the first. Such debts cancel each other, regardless of what they are. Multiple boons may be owed by one person to another, however. Often saving one's life will enact such a debt, or repay one. Boons can be made between any person and an Alfar, but only with Alfar. The magic only seems to enforce boons with Alfar, like an extension of themselves and their world."